Data communications between Earth and spacecrafts, such as satellites, have traditionally been carried out through dedicated telecommunication links. Shared links using Internet Protocol-based communication offers a number of advantages over dedicated links. The movement of spacecrafts however gives rise to mobility management issues.

This talk will discuss various mobility management solutions for extending the Internet connection to spacecrafts.  The talk with provide an overview of the network layer based  solution being developed by the Internet Engineering Task Force and compare with the transport layer based solution that have been developed at University of Oklahoma in conjunction with the National Aeronautics and Space Administration. Network in motion is an extension of the host mobility protocols for managing the mobility of networks which are in motion, such as those in airplanes and trains. The application of networks in motion will be illustrated for both terrestrial and space environment.  Challenges in free space optics to provide backup communication between spacecrafts will be discussed. 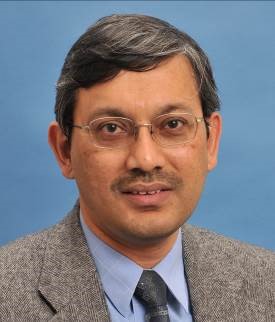 Mohammed Atiquzzaman obtained his M.S. and Ph.D. in Electrical Engineering and Electronics from the University of Manchester (UK) in 1984 and 1987, respectively.  He currently holds the Edith J Kinney Gaylord Presidential professorship in the School of Computer Science at the University of Oklahoma.

Dr. Atiquzzaman is the Editor-in-Chief of Journal of Networks and Computer Applications, the founding Editor-in-Chief of Vehicular Communications, and serves/served on the editorial boards of many journals including IEEE Transactions on Mobile Computing, IEEE Journal on Selected Areas in Communications, International Journal of Communication Networks and Distributed Systems and Journal of Sensor Networks and International Journal of Communication Systems. He co-chaired the IEEE High Performance Switching and Routing Symposium (2003, 2011), IEEE Globecom and ICC (2014, 2012, 2010, 2009, 2007, 2006), IEEE VTC (2013)  and the SPIE Quality of Service over Next Generation Data Networks conferences (2001, 2002, 2003). He was the panels co-chair of INFOCOM’05, and is/has been in the program committee of many conferences such as INFOCOM, Globecom, ICCCN, ICCIT, Local Computer Networks, and serves on the review panels at the National Science Foundation.