Optical Fibre Sensors have been developed extensively now over some four decades – created to address a range of challenging industrial applications where conventional sensors often are badly conditioned for today’s important monitoring needs.  Systems are required to enhance safety, to allow assets to be used for longer, to schedule repair and maintenance better and to create a more cost-effective and improved working environment for us all.  As an example, the demands of electric and autonomous transport, be it on land, sea or air, as well as energy generation and distribution and robotics make enormous demands for better sensor systems.

Such sensors also have a key role to play in the important development and implementation of sustainable technologies – these being connected to the design and analysis of complex, integrated systems – supporting sustainable development which is a central target in environmental science and the growth of global economies.  Such sensors are important in the monitoring and thus minimization of waste and in achieving reductions in material and energy inputs and costs – thus to target the major environmental aims for true sustainability.  By offering better monitoring approaches, they will help create environmental improvements and cleaner productions, linked with sustainable technologies, leading to production of more environmentally-friendly products and creating a positive public reaction in a cleaner environment.  However, to do so, technological innovation – including in sensor systems – is a critical factor which plays a central role in the long-term initiation of cleaner production brought about by such better monitoring technologies.

This talk will review the essential background to and history of optical fibre sensors and then look at how a range of optical fibre-based techniques can be applied to problems such as those highlighted and offer alternative, and better solutions to those from current technologies be they electronic, hydraulic, electrochemical, and analogue or digital – revealing solutions which have the potential readily to be adopted by industry.   The work will review a number of ‘case studies’, where working in collaboration with industry and researchers across the world, new and practical solutions to key problems have been found and implemented in-the-field, not just as laboratory demonstrations. 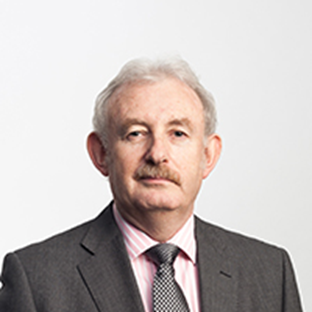 Professor Kenneth T V Grattan graduated in Physics from Queens University Belfast with a BSc (First Class Honours) in 1974, followed by a PhD in Laser Physics in the use of laser-probe techniques for measurements on potential new dye laser systems. In 1978 he became a Research Fellow at the Imperial College of Science and Technology, to work on advanced photolytic drivers for novel laser systems. In 1983 he joined City University as a new blood Lecturer in Physics, being appointed Professor of Measurement and Instrumentation and Head of the Department of Electrical, Electronic and Information Engineering in 1991. His research interests have expanded to include the use of fibre optic and optical systems in the measurement of a range of physical and chemical parameters for industrial applications. He obtained a DSc from City University London in 1992 for his work in sensor systems was President of the Institute of Measurement and Control during the year 2000. He was awarded the Calendar Medal and the Honeywell Prize of the Institute of Measurement and Control and was Dean of the School of Engineering & Mathematical Sciences and the School of Informatics at City University from 2008-12. He was appointed Dean of the City Graduate School in 2012 and served until 2019 and in the same year was elected Master of the Worshipful Company of Scientific Instrument makes of London.  He is now Director of the Institute of Sensors & Instrumentation.  He was elected a Fellow of the Royal Academy of Engineering in 2008 and holds a Royal Academy of Engineering Research Chair in Scientific Instrumentation.

He is the author of over seven hundred publications in major international Journals and a similar number at key Conferences worldwide and is the co-editor of a five-volume topical series on Optical Fibre Sensor Technology.